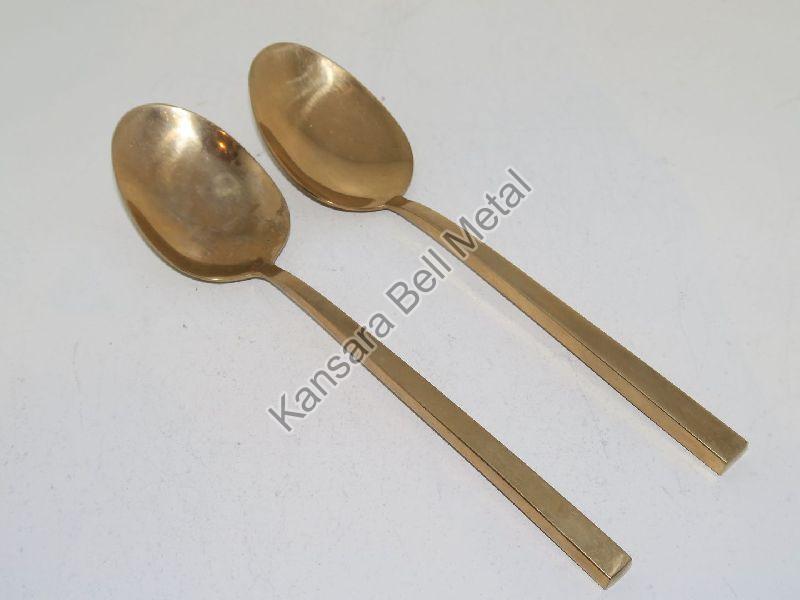 Bronze is an alloy of mainly copper, tin and a few other metals like aluminium, manganese, nickel or zinc. The inclusion of these metals makes it a harder substance than most other metals. So its strength, ductility and most important of all properties; machinability increases. The Bronze Age in India began in the middle of the 4th century BC and continued to the early 2nd century BC. The metal has been known to Indians as far back as those ancient days. Beautiful utensils started making their entry then. The dessert spoon is one among them. This is why today there are so many Bronze Dessert Spoon Suppliers all over the country.

As a metal it is superior to many others enabling its sculpting. It is less brittle which is why utensils are easily made from it. The metal is less corrosive so it can be used a cooking medium where many corrosive substances like vinegar, sauces or tomato based foods make little or no impact. Bronze dessert spoons can be used to serve desserts to guests. It makes a pretty sight to behold. Bronze Dessert Spoon Suppliers in Rajasthan are now crafting beautiful pieces from the metal.

The beauty factor of these spoons is so high that it is in great demand and manufacturers are now increasing their production. Even Bronze Dessert Spoon Suppliers in Jodhpur have now got the message and so have increased on their stocks.

Indian goods have always been in high demand all over the world. Their design, structure and utility are the main factors behind it. As dessert is an integral part of the diet of westerners, Bronze Dessert Spoon Suppliers in India have made a strong impact on the global market.